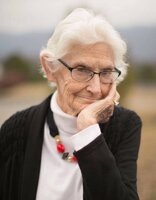 Ruby A. Hayes 83, of Church Hill, went to be with the Lord on Monday, December 13, 2021 at the Wexford House. She was a 1955 graduate of Shoemaker High School and went on to serve her country in the U.S. Air Force where she met the love of her life. She was a member of First Baptist Church of Church Hill and attended when her health permitted. Ruby enjoyed working in her yard especially in her flowers. She was a loving wife, mother, grandmother, great-grandmother, and friend who will be greatly missed by all who knew her.

The family will receive friends from 5pm to 7pm on Thursday, December 16, 2021 at Carter-Trent Funeral Home downtown, Kingsport. A funeral service will follow with Pastor Gary Gerhardt and Pastor David Salley officiating.

A military graveside service will be conducted at 1pm on Friday, December 17, 2021 at Church Hill Memory Gardens with honors conducted by the American Legion Hammond Post #3/265.