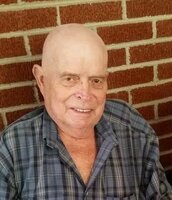 In addition to his parents, he was preceded in death by his brothers, Phillip and Robert Smith.

A private Celebration of Life Ceremony will be held at a later date.

The family would like to thank the staff of Caris Hospice in Greeneville and especially nurse Alexis for her loving care for Paul during his illness.