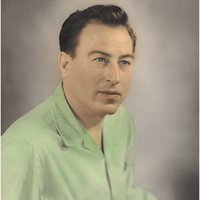 Kelles Tate, 93, of Kingsport passed away on March 16, 2018, at Wexford House. The second of ten children, Kelles was born in 1924 in Roda, Virginia. In the 1930's the family moved to Kingsport. Kelles graduated from Sullivan High School in 1943 and attended Whitney Business College. He was employed at TEC and as a bookkeeper, an accountant, and a car salesman. As a youngster, Kelles enjoyed playing baseball, football, and participating in excursions with his Long Island Boy Scout troop. Later, his hobbies included playing chess and card games, reading, and spending time with his family. Preceding him in death were his parents, R.H. and Martha Tate; his wife, Shirley McGill Tate; his infant daughter, Tracy; his sisters, Alberta Bowen, Jewel Blevins, Ruby Reddick, Merle Tate, Virgie Hardesty, and Marie Ketron; and his brother, James Tate. Kelles is survived by his son, Tim Tate and wife, Jane; his granddaughters, Jessica Merrick and husband, Brent, and Rachel Hall and husband, Adam; his great-grandsons, Brady Hall, Jackson Hall, and Tate Merrick; his brothers, Paul Tate, and Dean Tate and wife, Louise; and many nieces and nephews. The family will receive friends on Friday, March 23, 2018, at Carter Trent Funeral Home, Downtown Kingsport from 3:00pm until 4:30pm. A memorial service will follow beginning at 4:30pm. In lieu of flowers, donations may be made to the Love Meals programs at Vermont United Methodist Church, 1817 Bloomingdale Road, Kingsport, TN 37660 or Cedar Grove Baptist Church, 125 Coley St., Kingsport, TN 37660. The family would like to express their appreciation to the staff of Wexford House and Wellmont Health System for the care given to Kelles.