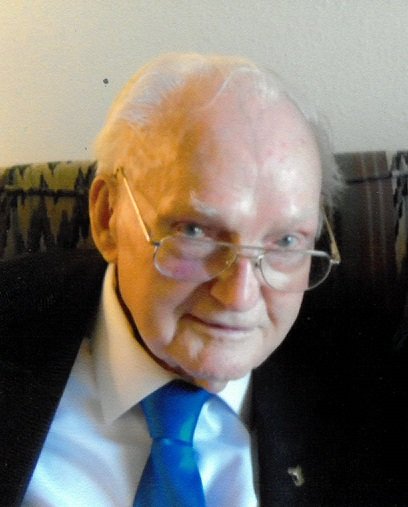 Tolby Kiser of Kingsport, Tennessee passed away on Friday October 25, 2019. Tolby was born 96 years ago on September 11,1923. He was one of ten children in the family of Kemper and Bertha Hall Kiser. Tolby was born and lived on the family farm which is now part of Lake Bonaventure Country Club on Gravel Lick Road in Castlewood, VA. In his later years, Tolby was called “Toby” by friends and he informally stated his preference to be known that way.

As a young man Tolby was seriously injured, breaking his back working in the mines. After recuperating, Tolby went to Detroit where he worked at General Motors. He retired from General Motors as a Quality Inspector in 1985 having worked there over 30 years.

Tolby moved to Bristol, Tennessee after retiring. He sold his home and moved to Cross Creek Apartments in Kingsport in 1993. Tolby had many good friends and spent a lot of time at the Kingsport Renaissance Senior Center. He loved playing pool and he liked to win. He enjoyed exercise classes and other activities there also. Tolby and his friends were written up and photographed for an article in the Kingsport Times.

The Kisers have a long history in Russell County, Virginia. The first Kiser’s settled in the area during Daniel Boone’s life. They descended from three brothers who came from Germany and sailed to Philadelphia, Pennsylvania in the 1700’s. The farm where Tolby was born and raised was in the Kiser family for generations and was sold to Clinchfield Coal Company in the early 1900’s. Tolby’s family was the last to reside on the property.

Tolby was the last survivor of his siblings. However, Tolby had a gift for making good friends and staying close to many in his family. Tolby helped many people. He encouraged with sage counsel and was a mentor to family and friends.

His beloved friends from the Senior Center include Paul Chapman, Jack McDavid and Betty Weatherby. Many other friends showed Tolby kindness in his elder years.

The staff at Asbury in Kingsport provided excellent care for Tolby and he appreciated them as friends.

Family survivors that were especially close to Tolby and helped care for him include his nephew Don Kiser and his wife Jo Ann, Don Kiser’s daughter Vanessa Cradic, great-great niece and nephew Matthew and Brittany, niece Betty Turner and her daughter Delilah McKinney, nephews, David Kiser and Walt Kiser.

Tolby loved many other relatives and spoke or visited with them often. They include Don Kiser’s brothers and their wives Doug and Mary, Jim and Joyce, Paul and Jayne.

The family will receive friends from 11am to 12pm on Monday, October 28, 2019 at Carter-Trent Funeral Home downtown, Kingsport. A funeral service will follow with Pastor Scott Young officiating.

Graveside services will follow at Temple Hill Memorial Park in Castlewood, VA. Family and friends will serve as pallbearers.

To send flowers to the family or plant a tree in memory of Tolby Kiser, please visit Tribute Store
Monday
28
October

Share Your Memory of
Tolby
Upload Your Memory View All Memories
Be the first to upload a memory!
Share A Memory
Send Flowers