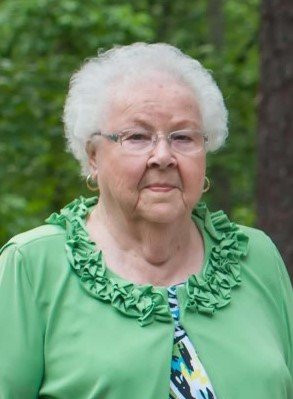 Wilma Arwood Bowen, 91, of Kingsport went to be with the Lord on Wednesday, December 2, 2020, surrounded by her family.

She was born July 3, 1929, in Duffield, VA and was a life-long area resident.   After graduation from Fairview High School, Wilma worked in the Acetate Yarn department at Eastman for ten years.  Wilma had been very active in Kingsport City Schools PTA and was a long-time member of Temple Baptist Church in Kingsport, serving in the Kitchen Crew for many years.  She especially enjoyed being with her family.  Wilma was known for being an extremely genuine and giving person and was widely recognized for her love of and skill at cooking.

Wilma was preceded in death by her parents, George Clay and Buena Bledsoe Arwood, one brother, Billy Joe Arwood, and her loving husband, Bill Reed Bowen.

Wilma is survived by one son, Richard Bowen and wife Jamie of Madison, AL, three daughters, Rhonda White and husband Todd, Robin Wagner and husband Robert, and Rebecca Clark and husband Jonathan, all of Kingsport. She is also survived by the seven jewels of her life - grandchildren Jessica Bowen Wisener and husband Aaron of Loudon, TN, Daniel Bowen and wife Caitlin of Simpsonville, SC, William Wagner III and wife Rachel of Charlotte, NC, Emily Wagner Knight and husband Bryan of Pendleton, SC, Garrett Clark and Alex White of Kingsport, and Bowen Wagner of Knoxville, TN, as well as one great grandson, Connor Bowen of Simpsonville, SC.  In addition, she is survived by one brother, Jack Arwood of Gate City, VA, and two sisters, Betty Arwood Masters of Duffield, VA and Phyllis Arwood Beasley and husband Ben of Richmond, VA, and many nieces and nephews.

Graveside services will be held on Saturday, December 5, 2020 at 1:00 pm at the Fraley family cemetery in Duffield, VA with Dr. Scott Young officiating.  Wilma’s grandsons and great grandson will serve as pallbearers. Those wishing to attend are asked to meet at the cemetery by 12:50pm.

In lieu of flowers, contributions may be made to the Temple Baptist Church Memorial Garden Fund, 2200 Memorial Court, PO Box 3100 Kingsport, TN.

The family would like to extend a special thanks to Jaclyn Wolfe and Amedysis Hospice for the special care they gave to Wilma in her last days.

To send flowers to the family or plant a tree in memory of Wilma Bowen, please visit Tribute Store
Saturday
5
December