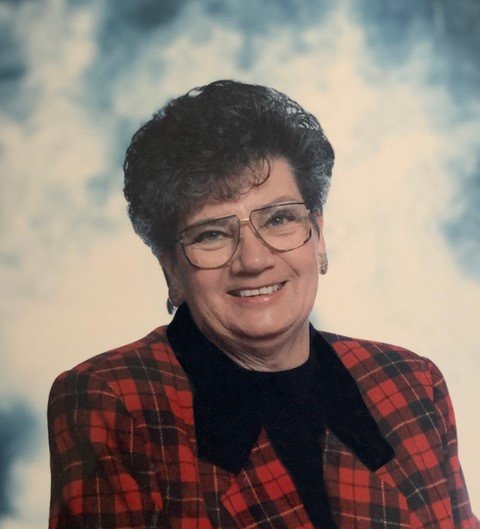 Clara Louise Maddux Hobbs, of Kingsport, Tennessee and  Hiltons, Virginia, 93, passed away on February 10, 2021 after several weeks of illness. She had been living at Steadman Hill Assisted Living Campus of Asbury Place in Kingsport for the last several years.

Louise was born on March 21, 1927 in Kingsport, TN. She was the youngest of three children of Nannie Hawkins and Calvin Maddux, Sr. After her parents separated in 1931, Louise's mother moved with her three daughters to her mother's home in Scott County, Virginia. Louise attended grade school and her first year of high school in Scott County. She then returned to Kingsport to live with her beloved aunt, Freeta Maddux Jones, for about a year and attended Dobyns-Bennett High School during that time. She also grew closer to her three half-sisters and one half-brother who were growing up in Kingsport.

At about age 17, Louise began working as an operator for Inter-Mountain Phone Company in Kingsport. At age 18, she moved to Dayton, Ohio where she worked for Inland Manufacturing, and later, Western Union. At 19, she returned to Kingsport to work for Eastman-Kodak Company in the polymer division.

Louise and Sam were active in the Hiltons Ruritan Club, Hiltons Square Dance Club and were members of the Hiltons Memorial United Methodist Church. They celebrated their 50th Wedding Anniversary in 1997. After Sam's death in 2000, Louise enjoyed caring for her pets, raising sheep, growing daylilies, working with stained glass, and preparing awesome meals for her large, extended family.

Louise was a loving and faithful mother, grandmother and great-grandmother, and someone who quietly helped her neighbors whenever she saw there were needs.

The family held a graveside burial service at Oak Hill Memorial Park Cemetery in Kingsport at 1:00 pm on Saturday, February 13, conducted by Louise's son, the Rev. Dr. John Hobbs, with music provided by her nephew, Oscar Harris. A memorial gathering will be scheduled later post-Covid.

The family is grateful to the staff of Steadman Hill for the care they extended to Louise over the years and during the last week after she entered hospice. Memorial gifts may be made to: ALS Association – Tennessee Chapter, 4300 Sidco Dr., Suite #200, Nashville, TN 37204 or Shades of Grace United Methodist Church, 313 E. Sullivan Street, Kingsport, TN 37660.

Carter-Trent, Scott County, is proud to serve the Hobbs family.

To send flowers to the family or plant a tree in memory of Clara Hobbs, please visit Tribute Store