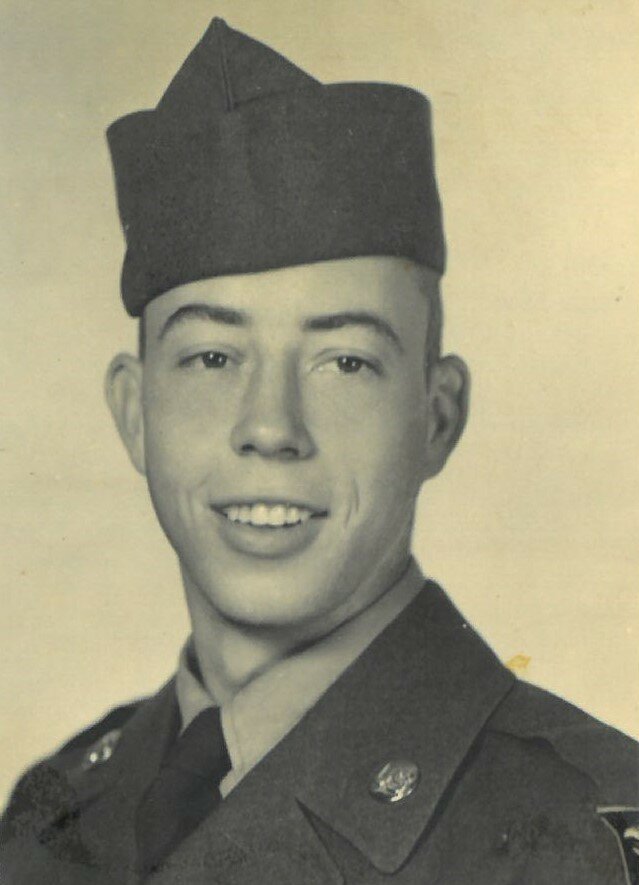 H. Wayne Dingus, age 86 of Kingsport, was taken up into the arms of his Lord and Savior, Jesus Christ, on Sunday, September 11, 2022.  Wayne was born on December 31, 1935 in Russell County, VA to Walter and Pearl Dingus.  Wayne married his most cherished friend and love of his life, Shirley Edwards, and after 58 years of a beautiful life together, she preceded him in death on November 7, 2016.

Wayne proudly served his country in the U.S. Army 101st Airborne.  He retired from AFG after 40 plus years of dedicated service.  Wayne enjoyed horseback riding, farming, fishing and playing the guitar, banjo, and mandolin.  He loved his family with all his heart, and his loving spirit will surely be missed.

The family will receive friends on Thursday, September 15, 2022 from 5:00 to 7:00 pm at Carter Trent Funeral Home Kingsport.  A funeral service will follow at 7:00 pm with Pastor Randall Stapleton officiating.  Graveside services will be held on Friday, September 16, 2022 at 11:00 am at Walnut Chapel Cemetery, located at 1934 State Rte 704, Gate City, VA.  Ronald Dingus, David Dingus, David Wayne Dingus, Daniel Dingus, Benjamin Dingus, and Doug Herbert will be serving as pallbearers.

To send flowers to the family or plant a tree in memory of H. Dingus, please visit Tribute Store
Print
Thursday
15
September