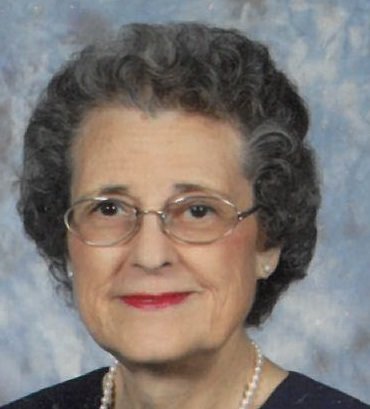 -  Mattie Jewell Conant Wagner, 84, of Church Hill, was carried away by angels on Tuesday night (April 9, 2019) at Johnson City Medical Center following a brief illness.  She was born in Hawkins County and was a graduate of Surgoinsville High School.  Mattie moved to Harlan, Kentucky for several years before returning to her home place where she resided for the past 40 years.  She was a member of the Order of the Eastern Star Fairview Chapter #80 where she served as Worthy Matron along with other offices.  She also belonged to the Gideons Church Hill/Mount Carmel Camp.   Mrs. Wagner was a member of First Baptist Church of Surgoinsville.

She was preceded in death by her husband, Charles Wagner;  a step-son, Garrett Wagner; her parents, Eckle and Irene Carr Conant; a brother, Rod Conant along with an infant brother and in infant sister; a dear friend and neighbor, Dorothy Moore.

A visitation will be held on Saturday (April 13, 2019) from 12 p.m. until 2 p.m. at Carter-Trent Funeral Home in Church Hill or friends may also call anytime at the residence. An order of Eastern Star service will be conducted by Fairview Chapter #80 at 2 p.m.  A funeral service will follow on Saturday (April 13, 2019) in the funeral home chapel with Pastor Tecky Hicks and Pastor George Winegar, officiating.  Music will be provided by First Baptist Church Choir in Surgoinsville.   A graveside service will follow the funeral service on Saturday (April 13, 2019) at Elm Springs United Methodist Church with Chuck Conant, Mark Conant, Bill Boyd, Amos Casey, Clay Craddock, and Gary Ward serving as pallbearers.  Honorary Pallbearers will be Jack Lawson, Mickey Houston, Elmer Lewis, and Leo Conant.  In lieu of flowers, memorial contributions may be made to the Gideons International Church Hill/Mount Carmel Camp, P.O.  Box 846, Church Hill, TN 37642 or to First Baptist Church of Surgoinsville Building Fund, P.O. Box 135, Surgoinsville, TN 37873.