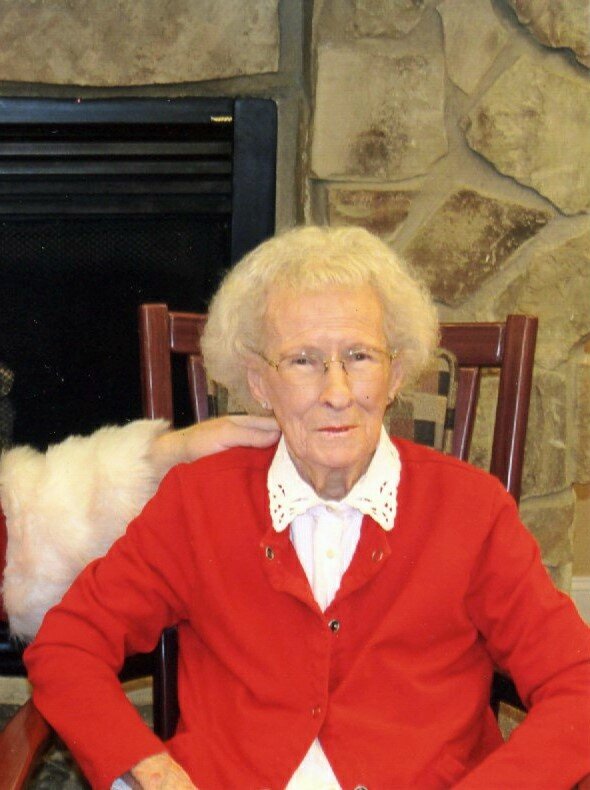 Anna Marie Pierson Carter, aged 100, entered peacefully into her final rest with the Lord on Wednesday, April 19, 2022, at American House Assisted Living in Kingsport, Tennessee. She was born December 4, 1921, as the sixth of seven children to James Wesley and Nannie Benton Pierson of Fort Blackmore, Virginia.

A graduate of Emory and Henry College, Anna nurtured and educated hundreds of children as a teacher in the Scott County Public Schools system for 38 years before retiring from Rye Cove Elementary. An avid pastry chef, cook, and gardener, Anna enjoyed time tending to the family farm in Rye Cove, Virginia. She was also a faithful parishioner of both Rye Cove United Methodist Church and Fort Blackmore United Methodist Church.

Anna is preceded in death by her husband of almost 54 years, Mack Cox Carter.

She is survived by one son, George Earl Carter and wife JoElla. Anna has three grandchildren: Angela Carter Brubaker, Alison Carter Hoffman, and Bethany Carter Kneff. She is also survived by five great-grandchildren: Taylor and Jacob Berndt, Grayson and Olivia Hoffman, and Oliver Kneff. In addition to the immediate family, Anna also has several nieces and nephews, and a host of friends.

In lieu of flowers, donations may be made to either Rye Cove or Fort Blackmore United Methodist Churches, or a charity that fills your heart.

A visitation will be held at Scott County Funeral Home in Weber City from 5:00 to 7:00 p.m. on Friday, April 22, 2022. A service will follow in the funeral home chapel with the Reverend Ray Dockery officiating. Music for the service will be presented by Jack Stallard. A graveside service will be held at 11:00 a.m. on Saturday, April 23, 2022, at Holston View Cemetery in Weber City. Serving as pallbearers will be William Johnson, James Kneff, Myron Fields, Greg Johnson, Terry Fields, and Danny Carter. Those wishing to attend the graveside service are asked to meet at the funeral home by 10:30 a.m. to go in procession.

To send flowers to the family or plant a tree in memory of Anna Carter, please visit Tribute Store
Friday
22
April

Share Your Memory of
Anna
Upload Your Memory View All Memories
Be the first to upload a memory!
Share A Memory
Send Flowers