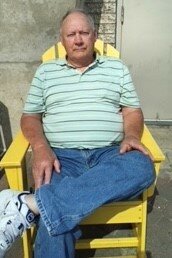 A loving husband, dad, and papaw, Bill enjoyed spending time with his family, working outside and watching westerns.  He served in the United States Amy from 1959 – 1962.  He graduated from ETSU and worked at AFG and General Shale.

He was preceded in death by his mother, Myrtle Neff Lane, his five brothers and two sisters, and his precious son Brian Matthew Lane, who died on December 9, 1984.

He is survived by his devoted wife of 46 years, Barbara Repass Lane, his daughter who was his pride and joy, Kimberly Lane Britt and son-in-law Jonathan Michael Britt, his granddaughter, Katherine Fry Britt, who brought so much happiness to his life, and his grandson, Jack Matthew Britt, who brought him so much laughter.  He is also survived by a brother-in-law and several nieces and nephews.

As per Bill’s request, there will be no formal visitation.  The family will hold a military graveside service at the Lane Family Cemetery in Fort Blackmore, Virginia on Friday, July 1, 2022at 3pm with honors conducted by the American Legion Hammond Post#3/265 and Pastor Collin Adams officiating. Those wishing to attend are asked to meet at the cemetery by 2:45pm.

Donations in his honor can be made to the Scott County, Virginia Lifesaving Crew.

Please visit www.cartertrent.com to leave on-line condolences for the family.

To send flowers to the family or plant a tree in memory of Billy Lane, please visit Tribute Store
Friday
1
July

Share Your Memory of
Billy
Upload Your Memory View All Memories
Be the first to upload a memory!
Share A Memory
Send Flowers