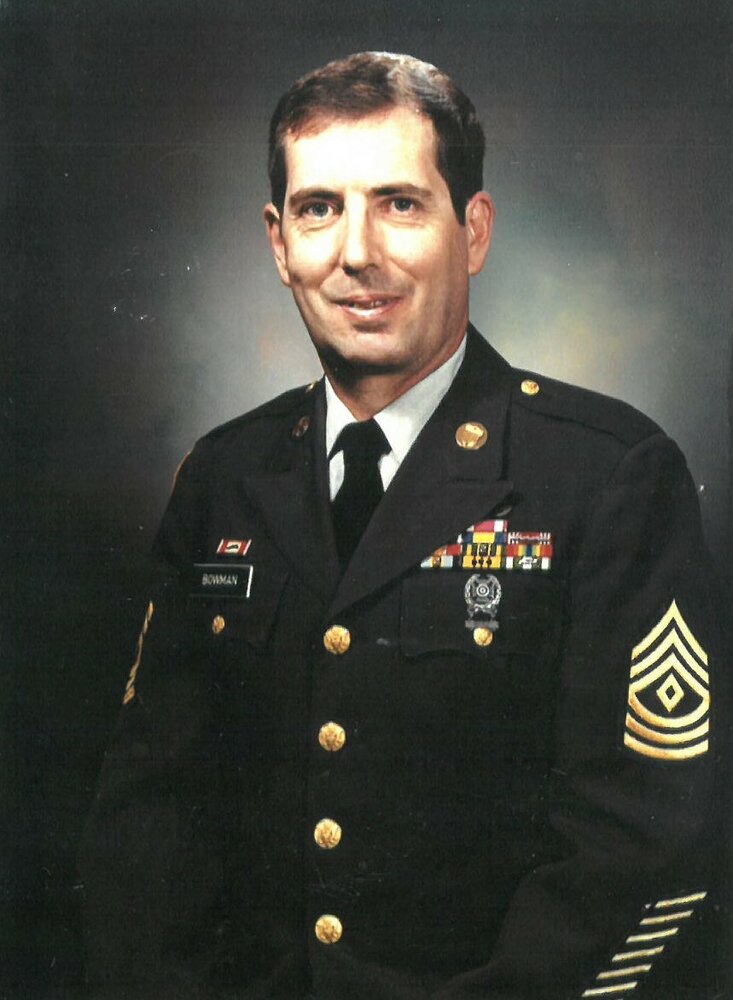 Church Hill – 1st Sgt. Larry Wayne Bowman, 81 of Church Hill, passed away peacefully on August 10, 2022 at his home surrounded by his family and friends. Larry was a proud veteran, serving his country for twenty-eight and a half years, including two tours in Germany and one tour in Vietnam. He was a paratrooper in the 82nd Airborne Division of Ft. Bragg, NC for twelve years. He was then an advisor for the National Guard in St Croix, Virgin Islands for the East Coast. He then worked at the recruiting station in Buffalo. NY. Before retiring, he was offered a position of Command Sgt. Major in Italy, but declined due to his parents declining health. Upon retiring from the Army, he was a volunteer for the Church Hill Rescue Squad, Church Hill Police department and Church Hill Fire department. He received an Associate degree in business administration from Bristol (Steed) College. He was a member of Jericho Shrine Temple, Legion of Honor, the Marching Patrol and the Hillbillies. Larry was a member of the Masonic Lodge #386 of Church Hill, TN. He was also a member of Rolling Thunder. He was an over the road truck driver for 16 years. Larry was also a 17 year cancer survivor.

He was preceded in death by his parents, Ollie H. and Evelyn Bowman; his father-in-law, Cecil G. Carter; also his “bear” dog, Ripcord.

The family will receive friends from 1-3 pm Saturday, August 13, 2022 at Carter-Trent Funeral Home in Church Hill.

Rolling Thunder will then escort the procession to Church Hill Memory Gardens where burial will take place. VFW Post #9754 will conduct military rites for Larry with family and friends serving as pallbearers.

In lieu of flowers, memorial contributions may be made to Jericho Shrine Temple, Hawkins County Humane Society or Tiny Paws Sanctuary for Special Needs Animals.

To send flowers to the family or plant a tree in memory of 1st Sgt Larry Bowman, please visit Tribute Store
Saturday
13
August

Share Your Memory of
1st Sgt Larry
Upload Your Memory View All Memories
Be the first to upload a memory!
Share A Memory
Send Flowers