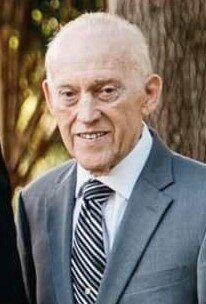 Karl L. Tucker “Tuck” of Johnson City, TN passed away peacefully on October 13, 2022 in Marietta, GA, surrounded by family and friends at his home. He was born January 9th, 1938.

Karl attended East Tennessee State University before joining the US Marine Corp. An unwavering patriot, he went on to serve in the Florida Air National Guard for 33 years. Karl’s passion’s included the love of American history and museums, watching his favorite football and baseball teams play, but, his greatest joy and passion was the love for aviation and was an accomplished corporate pilot and private flight instructor for over 40 years.

Karl was preceded in death by his parents, Wilmer and Juanita Tucker.

The family invites you to a viewing from 11:00 am to 12:00 pm and a Celebration of Life Service honoring Karl on Tuesday, October 18th, 2022 at 12:00 pm at Carter-Trent Funeral Home in Kingsport, TN. A Military Graveside Service will follow at Oak Hill Memorial Park with American Legion Hammond Post #3/265 performing military honors.

To send flowers to the family or plant a tree in memory of Karl Tucker, please visit Tribute Store
Tuesday
18
October

Share Your Memory of
Karl
Upload Your Memory View All Memories
Be the first to upload a memory!
Share A Memory
Send Flowers