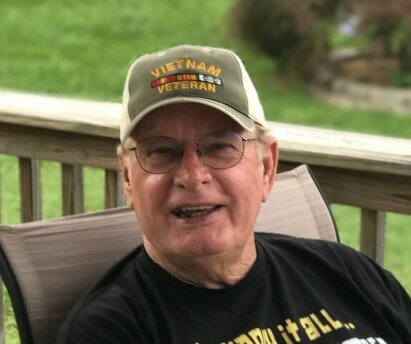 Kenneth Douglas (Doug) Jackson, 81, of Kingsport, TN passed away peacefully surrounded by family on Monday, February 21, 2022. He was born in Kingsport and raised in Nickelsville, VA, by his “Grandaddy” Bond (Charles Patton Bond), whom he remembered fondly. Doug was a loving son, dedicated husband, respected father, and a dear grandfather.  Doug was a proud Veteran of the U.S. Army, a passionate baseball and basketball coach, good co-worker and friend to many, and enjoyed time with his Poker Buddies.  He retired from Eastman Chemical Company after more than 35 years of employment while also building a successful pool installation business.

He is preceded in death by his mother, Nina Elizabeth (Bond) Biggs; special cousins Helen Kilgore and Rocky Mays.

To send flowers to the family or plant a tree in memory of Kenneth Jackson, please visit Tribute Store

Share Your Memory of
Kenneth
Upload Your Memory View All Memories
Be the first to upload a memory!
Share A Memory
Send Flowers